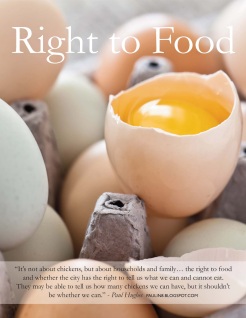 The decision of the trial judge will impact 35 million Canadians.
The CR2FT originated with a bylaw infraction for the possession of urban chickens in Calgary, Alberta. It has since evolved and morphed into a complex legal argument involving such issues as :
A) The jurisdiction of a municipality to determine what we consume.
B) The default consumption model for citizens when personal production, cultivation, growing, raising & household food security is denied.
C) Sustainability of urban ag methods.
D) The Right to Food as guaranteed and protected by the United Nations Declaration of Human Rights, 1948, Article 25 and subsequent legislation, including the International Covenant on Economic, Social and Cultural Rights, 1966 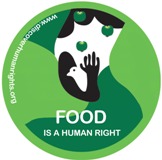 E) The unconstitutionality of the City of Calgary bylaw based on The Canadian Charter of Rights and Freedoms, 1982, S1, S2, S7 & S15 arguments. Substantial breach and violation of rights.
F) The hypocrisy of the City of Calgary’s public policies, three of which have been ratified and approved by council.
G) Poor governance practices on the part of the City of Calgary which contravene the Alberta Municipal Government Act, MGA:M-26-3:
Municipal :
3) The purposes of a municipality are:
(a) to provide good government
H) International obligations and responsibilities, pursuant to the UNHRD & ICESSCC.
I) Appropriate remedy. This is presumably based on reasonableness.
As you can read, chicken has not been mentioned once in these 9 points. It is no longer an argument about chickens, per se. The CR2FT is a Right to Food issue now, with consequences that impact all Canadians.
22 countries now have a Right to Food enshrined in their constitution as a result of each nation embracing their international obligations, as set forth in the UNHRD.
It is Canada’s turn to meet its international responsibilities and obligations, and to protect the charter rights of its citizens. 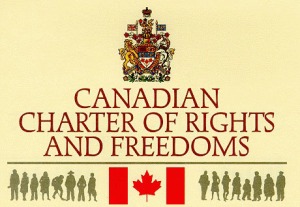 Canadian Charter of Rights and Freedoms“Within the contours of the three rights that it protects, Section 7 (of theCharter of Rights and Freedoms) has potential for advancing social justice. By this I mean, s. 7 has potential for providing an appropriate amount of protection to individuals from injurious state action, corresponding to their reality within a state – controlled regime or system.” ~James Hendry
Shared from http://paulin8.blogspot.com/2012/01/canadian-right-to-food-trial-05.html